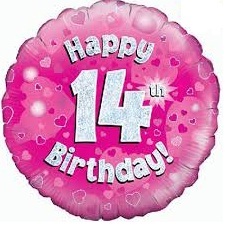 Biz Quizzard completed 14 years on March 21st and starts its 15th year with this edition.

Presenting the current affairs quiz for the period March 19 - 24. Hope you enjoy it.

1. Chinese handset maker Vivo has roped in which celebrity as its new brand ambassador for the Indian market?

4. Which MNC last week announced the appointment of Sunil Nayyar as its Managing Director (MD) in India?

5. Which Indian American businessman has donated USD 5 million to the University of Chicago to launch a student entrepreneurs programme after his name at the Polsky Center?

6. Which omni-channel agency has announced its foray into Mar-Tech and launched the beta version of its first product, PROBITEC?

7. Which company has appointed Pankaj Balachandran as the India brand ambassador for Monkey Shoulder?

8. Which French small domestic appliance maker has announced the appointment of Kapil Agarwal as the chief executive officer of its India operations?

9. Which MNC has announced Enam Securities and DP Jindal Group as the new Indian promoters in its insurance joint venture in place of its former promoter, Videocon Industries Limited?

10. Which company has said it intends to change its name to Signify?

11. Which hospitality major last week announced an expansion of its portfolio in India, following the signing of management agreements with Embassy Group to develop two hotels in Bengaluru?

12. Which company has signed Indian all-rounder Hardik Pandya as its brand ambassador for its new business initiatives and lubricants?

13. Which Swiss luxury watch manufacturer has signed on actor Bradley Cooper for a global advertising campaign?

14. Which company launched the campaign ‘Sleep Jasoos’, leading up to World Sleep Day on the 16th of March?

15. Which writing instrument brand has launched the ‘#bestpensforexam’ campaign?

16. Which branded fabric and fashion retailer has launched the campaign ‘It All Begins with Black' to promote its new range, the 'All Black Collection’?

17. Which company has elevated Hiren Gada as the chief executive officer (CEO) in addition to his existing role as CFO?

18. Which company has acquired UK-based Edina, which provides combined heat and power based applications and services, for £55 million (Rs 493 crore)?

21. Which company has formed a joint venture with US automotive seating maker Adient to produce high-performance fabrics for use in the automotive industry?

23. Which fashion marketplace has launched the campaign ‘Fresh It Up’, featuring actors Yami Gautam and Saqib Saleem?

24. Which IT company has acquired insurance-tech company Cynosure for $33 million?

25. Which business personality is buying a controlling stake in a distressed real estate company called City Storage Systems for $150 million and installing himself as CEO?

27. Which auto component maker has announced that its founder Suresh Krishna will step down as Managing Director?

28. Consumer electrical goods maker Havells has appointed Shashi Arora as the CEO for which brand?

29. Which celebrity has been appointed Tourism Fiji's brand ambassador for the India market?

31. Charles P. Lazarus died last week at age 94. He was the founder of which iconic retail chain?

32. Which brand has launched the campaign 'Play or Relax' for its Athleisure range?

33. Which airline has launched its new ‘#SayYesToTheWorld’ brand campaign in India?

35. Which mattress brand has launched a sleep song on the occasion of World Sleep Day?

36. Balesh Sharma will be the CEO of which merged entity?

38. Which company has appointed Praveer Sinha as its new chief executive officer and managing director with effect from May 1, 2018?

39. Reliance Industries Ltd (RIL) has signed a pact to merge which music app with its own digital music service JioMusic in a cash-and-stock deal?

40. Which airline has made legendary Brazilian footballer Roberto Carlos as its new global brand ambassador?

Please mail your answers before 12 pm next Sunday to rajeevkondapalli@gmail.com with Biz Quizzard 730 as the subject. Answers will be mailed to those who attempt the current edition within the given time.