Presenting the current affairs quiz for the week March 25 - 30. Hope you enjoy it.

1. Which company has roped in Amitabh Bachchan to endorse its new mid-premium brand Gold Star?

2. Mr Vijay Kumar Datla passed away recently in Hyderabad. He was the chairman and managing director of which pharma company?

3. Which company has signed an eight film satellite deal worth Rs 130 crore with Zee Network for seven years?

4. A series of outrageous – and unapproved – ads has dragged an auto major and its agency in India into an international controversy. Name the company and its agency?

5. Which business group has roped in Aamir Khan for a unified marketing campaign that will cover all its businesses from sofa to soaps?

8. Which business entity has emerged at the top in India this fiscal, in terms of reputation, according to a study by information and insights provider Nielsen?

11. Which Italian premium handbag and accessories retailer has sought government’s approval to open single-brand retail outlets in the country through a joint venture with New Delhi-based Genesis Luxury Fashion?

13. D Shivakumar has quit as the operations head for India, West Asia and Africa of which MNC?

14. Which company has signed up with the IPL team Sunrisers Hyderabad as their principal sponsor?

15. Which MNC will roll out its premium Magnum ice cream bars in the country next month?

16. Which company and its unit Asia Today Ltd (ATL) have announced a strategic investment in London-based digital ad firm MirriAd?

17. Which IT major has said it has been adjudged the top employer in Europe for this year by CRF Institute?

18. Which MNC last week said that it has reached an agreement to acquire Goodreads, a leading site for readers and book recommendations that helps people find and share books they love?

19. Which IPL team has signed on insurer Bajaj Allianz as its principal sponsor for the next three years?

20. Which media group has come on board as the official sponsor for the Indian Premier League?

Please mail your answers on or before next Sunday to rajeevkondapalli@gmail.com with Biz Quizzard 470 as the subject.

Presenting the current affairs quiz for the week March 18 - 23. Hope you enjoy it.

2. Which brand has become the first international fashion brand to cross the Rs 1,000 crore sales mark in India?

3. Gitanjali Group has roped in which celebrity to endorse two of its schemes that seek to provide a cover to consumers against the rising gold prices?

4. Bobby Ghosh has become the first non-American world editor of which publication?

5. ‘Student of the Year’ actors Alia Bhatt, Varun Dhawan and Siddharth Malhotra have been roped in to feature in the new campaign of which beverage brand?

7. Which business group is launching a chain of branded youth hostels that will offer premium student living facilities on campuses in India and abroad through a new independent brand, Yoho?

9. Which brand is celebrating ten successful years in the ice cream industry in India?

10. Which well known company has announced a foray into the fast growing kitchen space by acquiring a 51% stake in Sleek Group, a popular name in modular kitchens?

11. Satish Pradhan is stepping down as the Group HR Head of which business conglomerate?

12. Which ad agency has emerged as agency of the year at the latest edition of the AdFest 2013, one of the most important and well regarded advertising festivals in the Asia Pacific region?

13. Which US mattress brand has forayed into the Indian market with an initial investment of Rs 10 crore through a licensing agreement with Emirates Sleep Systems?

14. Sandip Das has resigned as the CEO of which telecom MNC, few months ahead of expiry of his term?

15. Which locations have emerged as the top urban and rural e-commerce hubs in the country, according to the latest survey by e-commerce giant eBay India?

17. Which direct selling company is planning to enter the consumer durables business by rolling out cookware, water purifiers and air purifiers?

18. Which international apparel brand has served a legal notice to a New Delhi-based NGO for using a similar name for its retail stores?

19. Which IPL team launched a new slogan - ‘One Team. One Pledge’ as their brand campaign ahead of the sixth edition of the mega-tournament starting April 3?

20. Which airport has bagged the Air Transport News Award for the best airport of the year under 10 million passengers?

Please mail your answers on or before next Sunday to rajeevkondapalli@gmail.com with Biz Quizzard 469 as the subject. 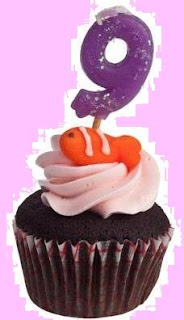 Biz Quizzard completes 9 years with this edition. Would like to thank all of you for being part of this journey.

Presenting the current affairs quiz for the week March 11 - 16. Hope you enjoy it.

2. Howard Stringer is retiring as chairman of which MNC in June?

3. Mahesh Kodumudi has been appointed the president and managing director of which automobile MNC in India?

4. Which business personality has planned a 50: 50 venture with the family investment vehicle of Hong Kong- based billionaire Victor KFung for imports and wholesaling?

5. Three airports in India have been rated amongst the world’s top 5 in their respective categories in the Airport Quality Service (ASQ) by Airports Council International (ACI) for 2012. Name them?

6. Vikas Mittal has quit as the managing director of the Indian operations of which MNC?

7. Which MNC has acquired Mumbai-based digital marketing consulting Convonix for an undisclosed sum?

8. Which company has acquired the architectural paints business of Sherwin Williams Paints India for an undisclosed amount?

9. Dabur India has roped in which celebrity as the south brand ambassador of its flagship hair oil brand Dabur Amla Nelli?

10. Which Indian company has announced the acquisition of two gaming companies in Japan and Korea, marking its entry into two of the world's top five mobile gaming markets?

11. Which celebrity has been roped in as the brand ambassador for Fiona Digital RO Water Purifier?

12. Which MNC is buying the news reading app-maker Pulse in a deal valued at between $50 million and $100 million?

13. Global online fashion and lifestyle company American Swan has announced its association with which cricketer as its sports brand ambassador?

14. Which company is venturing into health food segment in partnership with Pune-based Emcure Pharmaceuticals?

15. Kenichi Ayukawa is the new managing director and CEO of which automobile company?

17. Kolkata -based Vibgyor Real Estate has signed on which celebrity as brand ambassador?

18. Which telecom equipment maker is set to appoint Chris Houghton the head of India region?

19. Which telecom firm has announced the appointment of Xu Dejun as the Chief Executive Officer (CEO) for its India operations?

20. Which smartphone is being advertised with the positioning ‘BE MOVED.’?

22. Which Indian-American computer engineer will lead Google’s Android, the most used mobile operating system in the world?

23. Ford India has unveiled its new compact sports utility vehicle. What has it been branded as?

24. Samsung last week unveiled its new flagship smartphone at an event in New York. What has it been branded as?

25. Dr Anji Reddy died in Hyderabad on March 15 after a prolonged illness. He is the founder chairman of which well known company?

Please mail your answers on or before next Sunday to rajeevkondapalli@gmail.com with Biz Quizzard 468 as the subject.

Presenting the current affairs quiz for the week March 04 - 09. Hope you enjoy it.

1. Which sports personality has been roped in as brand ambassador for pet food brand Pedigree?

2. Which celebrity is the new brand ambassador for beverage brand Frooti?

3. Tata Tea has signed on which celebrity to endorse it?

4. Which Indian IT company has reached the $5 billion brand value mark?

5. Which company has inked a marketing arrangement with the South Indian Green Cardamom Company (SIGCC) to sell cardamom and pepper under the brand name Spice Mist?

7. According to Forbes’ 2013 list of the world’s richest, who is India’s richest person?

8. Which FM radio channel has launched 'Have A heart' campaign, an attempt to encourage 'good' in an environment that is slowly becoming 'bad' in big cities?

9. Which MNC is all set to launch its new, fully-integrated marketing campaign - "Live with Fire"?

10. Which Indian company has been recognised by the Ethisphere Institute, a leading business ethics think-tank, as one of the 2013 World's Most Ethical (WME) Companies?

11. Which business group is planning a foray into the hospitality sector, with a wellness resort brand ‘Vana’?

13. Twinings India, a subsidiary of the UK-based Associated British Foods, is gearing up to relaunch which malted drink brand in India?

14. Which bank has launched an ‘Incredible India Travel Card’ in association with the Tourism Ministry?

15. PNC Menon, with an estimated fortune of $600 million, plans to give half of his personal wealth to charity. He is the founder of which group?

16. SN Agarwal and Vikash Agarwal, who have been associated with the biscuit brand Priya, launched a new biscuit brand in Kolkata last week. Name it?

17. Sunil Dutt has quit as the managing director of which company?

18. Star India is launching a new sports channel on March 11. What has it been branded as?

19. Which company has merged the Vishakapatnam-based Encore Cements & Additives with itself?

Please mail your answers on or before next Sunday to rajeevkondapalli@gmail.com with Biz Quizzard 467 as the subject.

Presenting the current affairs quiz for the week February 25 - March 02. Hope you enjoy it.

1. Mr Hari Shankar Singhania died recently at the age of 79. He was the president of which business group?

2. Arun Tadanki has quit as the managing director of the India & Southeast Asia operations of which well known MNC?

3. Dutch giant Royal Philips Electronics is changing its name. What is the proposed change?

4. Which brand has been crowned Britain's favourite brand, according to a research by The Centre for Brand Analysis?

5. Nokia last week unveiled four new devices, including Nokia 105, at Barcelona. What is unique about the model?

6. Which hospitality group has announced the appointment of Raj Rana as the CEO of its South Asia business?

7. Which MNC has rolled out in India, DigiGirlz, a programme aimed at driving high school girls towards science and engineering?

8. Huawei has unveiled a new smartphone, the Ascend P2. What is its claim to fame?

9. S Varadarajan has been selected as the chairman & managing director of which public sector entity?

10. Bangalore-based Valuemart Retail has signed up which celebrity as its brand ambassador for a three-year period?

11. Which actress has been appointed the brand ambassador for Kellogg’s Chocos?

12. Which Indian automobile company has been ranked 22 in the top 50 most innovative companies of 2013 by Fast Company magazine?

15. Which is the most trusted online brand in the country, according to a study by Brand Trust Advisory?

16. Which company has entered into an agreement with GETIT Infoservices to divest stake in local search businesses - Yellow Pages and AskMe for an undisclosed amount?

18. Which well known MNC has ousted its co-founder Andrew Mason from the position of chief executive officer?

19. Which MNC has agreed to buy Atlas Advertiser Suite, an advertising technology platform, from Microsoft Corp?

20. Which beverage brand has roped in Unmukt Chand, the under-19 Indian cricket team captain, as its brand ambassador?

Please mail your answers on or before next Sunday to rajeevkondapalli@gmail.com with Biz Quizzard 466 as the subject.