Presenting the current affairs quiz for the week March 22 - 27. Hope you enjoy it.

1. What milestone did SBI claim to achieve with the inauguration of a branch and ATM in Mumbai on March 20?

3. Which two cities have emerged as the new IPL teams after the bidding process recently?

4. Which business group last week forayed into the toothpaste category under the ‘Sach’ brand?

7. According to a report last week, former Bharti Airtel brand and media head R Chandrasekhar, is all set to join which MNC as its marketing head?

9. Which MNC has nominated Jeev Milkha Singh as its brand ambassador for the European Golf Tour?

10. According to a report last week, Toshiba is in talks with TerraPower to jointly develop an advanced nuclear reactor. Which well known business personality owns TerraPower?

11. Which brand has roped in Shahid Kapoor as its brand ambassador for its entry into the men's skin care segment (TVC currently on air)?

12. After GlaxoSmithkline Consumer Healthcare's (GSKCH's) entry into the noodles segment, global FMCG major Hindustan Unilever Ltd (HUL) too has entered the category. What has it been branded as?

Please mail your answers on or before next Sunday to rajeevkondapalli@gmail.com with Biz Quizzard 313 as the subject.

Answers are mailed to only those who attempt the quiz within the given time. 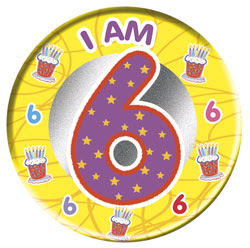 Biz Quizzard completes 6 years with this edition. Presenting the current affairs quiz for the week March 15 - 20. Hope you enjoy it.

1. Which company last week said it is buying Nigeria-based skin-care firm Tura for an undisclosed sum?

2. Which luxury car maker has launched its grand tourer Mulsanne in India?

3. Which company last week entered into a joint venture with sports marketing giant IMG Worldwide to build a professional sports business in India?

4. Which MNC, according to reports last week, has bought Tommy Hilfiger for $3 billion?

6. The world’s second most visited site and the largest online social network, Facebook, will soon open its India office. Which city?

8. Which telecom company has tied up with British phone manufacturer INQ to introduce first-of-its-kind dynamic social handsets in India?

9. Which company has signed on as the official beverage partner for the Commonwealth Games 2010?

11. There was a $75mn Hollywood-style heist at pharmaceutical giant Eli Lilly & Co. in Connecticut last week. What was stolen?

13. Who has been appointed the new CEO of Morgan Stanley India?

14. Which steel company has pumped in a million dollars to become the principle sponsor of the Indian boxing team?

15. Which handset manufacturer will launch its own operating system, Bada, in the second quarter of next fiscal?

Please mail your answers on or before next Sunday to rajeevkondapalli@gmail.com with Biz Quizzard 312 as the subject.

Presenting the current affairs quiz for the week March 08 - 13. Hope you enjoy it.

1. Which Indian business group has signed a definitive agreement to buy Trinity Coal, USA, for $600 million?

2. Which MNC has signed on as the official electronics partner of Delhi Daredevils franchise in IPL 3?

3. Which MNC is selling its non-insurance division, Alico, to MetLife?

4. Which business personality is the new non-executive chairman of the Bombay Stock Exchange (BSE)?

5. Which MNC has roped in actor Akshay Kumar as the brand ambassador for its flat panel display section?

6. On women’s day, Air India flight AI-141 from Mumbai to New York had a 14 member women crew (including pilots). However, a Supreme Court ruling prevented it from making history as an all women crew. What is the ruling?

8. The foundation of the first five-star category hotel project of north-east was laid last week. Which hotel?

10. Which Indian business group has acquired a 50% stake in Isklar, a Norwegian bottled water company?

11. MSN India last week launched a Hindi portal. What has it been branded as?

12. Cricketer Virat Kohli has been signed on as a brand ambassador for which watch brand?

13. Who is the wealthiest person in the world as per the annual billionaire rankings by Forbes magazine?

14. Which celebrity along with her 13-year-old daughter Lourdes is set to launch a new line in teren clothing called ‘Material Girl’ in August?

15. Who has been signed on as the brand ambassador for Videocon d2h, the direct-to-home (DTH) service provider arm of Videocon Group?

Please mail your answers on or before next Sunday to rajeevkondapalli@gmail.com with Biz Quizzard 311 as the subject.

Presenting the current affairs quiz for the week March 01 - 06. Hope you enjoy it.

2. Which company has acquired the 180-year-old Yorkshire-based heavy engineering company DavyMarkhan for around 10 million pounds?

3. Which are the only two Indian brands to figure in the list of 27 top 'Great Brands of Tomorrow’ compiled by Credit Suisse?

5. Which managing director in India has donated shares worth Rs 30 crore to a charity that supports underprivileged children?

6. Which telecom company last week released its Customer Service Charter promising to compensate customers if it fails to meet the predetermined service standards?

7. Topeka, a city in Kansas, USA, has temporarily changed its name for the month of March. What is the new name?

8. Switzerland has started selling a new range of condoms called ‘hotshot’. What is special about it?

9. Which MNC last week announced the launch of its human resource service 'Saratoga’ in India?

10. Australian underwear company ‘AussieBum’ has created a new range of men’s underwear. What is it made with?

12. Which MNC is set to acquire the assets of the electronic security systems integration business of Zicom Electronic Security Systems?

13. All four Indian corporate leaders featuring in Forbes’ list of Asia Pacific’s most generous personalities this year are women. Name them?

14. Which celebrity is the latest brand ambassador for Lux?

15. Actors Salman Khan and Prachi Desai can be seen in the television commercial for which detergent brand?

Please mail your answers on or before next Sunday to rajeevkondapalli@gmail.com with Biz Quizzard 310 as the subject.

Please note: Answers to the quiz are mailed back to all those who attempt the quiz within the give time.
Posted by Rajeev Kondapalli at 5:40 PM No comments: