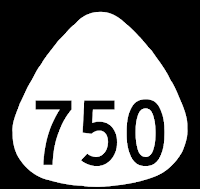 Presenting the current affairs quiz for the period August 06 - 11. Hope you enjoy it.

2. Nivea has signed which actor as its new face for Nivea Men?

6. Which celebrity has picked up a minority stake in Guardian Healthcare, the master franchise partner of US-based health and nutrition company GNC in India?

9. Which global leader in the superbike segment last week signed a memorandum of understanding with the Telangana government to set up an indigenous manufacturing plant near Hyderabad?

10. Indra Nooyi will step down as the Chief Executive Officer of PepsiCo on which date?

11. Chinese component maker Holitech last week signed a MoU with which state government for a plant to be based on 75 acres of land, its first major expansion outside China?

12. Google last week announced the name of the next version of Android. Name it?

13. Which FMCG company is celebrating 100 years in the business and has launched a new brand identity and philosophy?

14. Which news and entertainment content application, that provides content in 14 different languages, has announced the launch of its trailblazing digital campaign, ‘#HarBhashaEqual’?

15. Which biscuit brand has launched the digital film ‘#LetsTakeCare’?

16. Which healthcare company has unveiled its latest campaign 'Be Brave. Be Bold.'?

17. Which celebrity has picked up a 25% stake in sports tech startup Run Adam?

18. Which company has appointed Nyrika Holkar as executive director?

19. Actor Shahid Kapoor's wife Mira Rajput has appeared in her debut ad for a skincare brand. Name it?

20. Ola last week announced its plans to enter which country?

22. Which pizza chain has released a fresh new campaign featuring actor Abhay Deol and his ‘friends’ – a gang of puppets?

25. Which Japanese water and housing products major has invested Rs 400 crore in its first sanitaryware manufacturing facility in India in Bhimadole, Andhra Pradesh?

26. Which ecommerce marketplace last week forayed into the online grocery segment with the launch of ´Supermart´?

27. Which sportwear brand has roped in cricketer KL Rahul as its brand ambassador?

28. Which fashion brand has launched its #InLoveWithSanganer collection?

29. Which Chinese consumer electronics and smartphone retail chain, has chosen to kick off its global expansion by launching its own branded products into the Indian market?

31. The board of directors of which company has appointed Nikhil Nanda as the Chairman and Managing Director?

32. Which internet thinktank and lobby group has appointed Rameesh Kailasam as CEO?

33. According to a report last week, which athlete has inked a multi-crore two-year deal with sports management firm Infinity Optimal Solutions (IOS)?

34. Which company’s subsidiary Optare PLC had received order for 31 units of electric double-decker buses from Transport for London?

35. WestBridge Capital, an India-focused investment fund, has picked up a controlling stake of about 65% in which salon chain?

36. Which hospitality company has acquired Weddingz, an online marketplace for wedding venues and vendors?

37. Which company has formed a joint venture with private equity firm True North for its pain management and orthopaedic products business in India and Nepal?

38. Anant Bajaj, 41, passed away last week. He was the managing director of which company?

39. Which company has signed an agreement with U.K.-based GKN Aerospace, a premier aerospace supplier, for the manufacture of specialised helicopter fuel tanks?

40. Paresh Sukthankar has resigned as the deputy managing director of which bank?

Please mail your answers before 12 pm next Sunday to rajeevkondapalli@gmail.com with Biz Quizzard 750 as the subject. Answers will be mailed to those who attempt the current edition within the given time.

Happy learning!
rajeev kondapalli
Posted by Rajeev Kondapalli at 11:54 AM