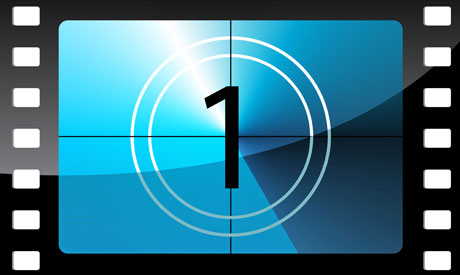 Presenting the current affairs quiz for the week March 03 - 08. Hope you enjoy it.

1. Who is the world's richest man, according to the latest Forbes magazine's annual billionaire list?

2. Nishi Vasudeva has taken over as the Chairman and Managing Director of which public sector entity?

3. Kishore Chhabria-led Allied Blenders and Distillers has launched a range of snacks under which brand?

4. The ninth edition of India's Buzziest Brands has been released by afaqs. Which brand has topped the list?

5. Which company is the most preferred employer for the 2014 graduating batch of B-school students in India, according to the Campus Track Business School survey conducted by Nielsen?

6. Which company has entered into a joint venture with Dow Chemical Pacific (Singapore) Pte. Ltd. to tap the growing Water and Waste Water treatment market in India?

8. Which pharma company has said it would delist from exchanges in the country?

9. Which company has sold its hospital business to Narayana Health?

10. Apple unveiled a new, integrated iPhone voice-control system for car drivers at the Geneva Motor Show last week. What has it been branded as?

11. Which celebrity has hired graduates from the Indian Institute of Management, Calcutta (IIMC) for his brand management?

12. Which city has emerged as world's most expensive city, according to the Economist Intelligence Unit's (EIU) 2014 'Worldwide Cost of Living' survey?

13. Which Indian company is making an entry into the green tea business through the acquisition of a tea processing factory in Vietnam?

14. Sayaji Hotels is all set to launch a new brand of hotels for business travellers. Name it?

15. Which company has become the first Indian private company to foray into the submarine business, with a division focused primarily on underwater weapons and systems?

17. Piaggio Vehicles is all set to launch its new model, Vespa 946, before June this year. What will it be its claim to fame?

19. Which MNC has acquired Vizify, a startup that specialises in creating interactive infographics and videos of users' social media data?

20. Flipkart has crossed which important milestone in sales?

21. Toyota Kirloskar Motor has crossed which important sales milestone in the country?

22. Which company has inked a licensing agreement with Disney to launch Disney and Marvel-inspired range of bicycles for children in the age group of 3 to 12 years?

24. Tom Albanese has been appointed the new chief executive of which India-focused mining conglomerate, effective April 1?

25. In a first-of-its-kind deal, MTV has entered into a partnership with which company to showcase its brands through 60 minute movies?

26. Which IT firm will buy US-based Softential Inc., which provides service management and service assurance solutions for telecom firms and cable operators?

27. Dabur India has filed a case in the Delhi High Court against internet domain firm Go-Daddy.com over which domain name?

29. Samsung has unveiled a new free music service for its phones that it touts as a significant improvement from the apps already on the market. What has it been branded as?

30. Kellogg’s has roped in which celebrity as the new face for Special K in India?

Please mail your answers on or before next Sunday to rajeevkondapalli@gmail.com with Biz Quizzard 519 as the subject.