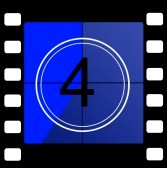 Presenting the current affairs quiz for the week February 10 - 15. Hope you enjoy it.

1. Which company has announced the sale of its luxury hospitality chain, Aman Resorts, back to the company’s founder, Adrian Zecha for $ 358 million?

4. A bunch of IIT and IIM graduates have launched India’s first chain of backpacker hostels. What has it been branded as?

5. Mumbai is getting ready for yet another business district in an area surrounding the swanky new T2 terminal in Sahar. What will it be known as?

7. Which company has roped in former Bharti Airtel executive Vinod Sawhny as its chief executive?

8. Nguyen Ha Dong, a Hanoi-based game developer, has announced the grounding of which popular mobile game?

9. Which business personality has announced an Rs 8 crore donation to the Royal Society of Chemistry to support an innovative chemistry education programme in India for school students?

10. In a move that has rekindled the debate on freedom of speech, which company has withdrawn copies of Indologist Wendy Doniger’s book The Hindus: An Alternative History?

11. Katrina Kaif and MS Dhoni appear together in a television commercial announcing a combo offer of which two brands?

12. Which television channel will introduce the dual-channel concept, a first-in-India concept?

13. The corporate venture arm of which MNC has made a strategic investment in software maker Capillary Technologies, its first investment in India?

14. Which MNC has displaced Maruti Suzuki India to become the second-largest passenger car exporter from India?

15. Hair and beauty salon chain Naturals has roped in which celebrity as its brand ambassador?

16. Which Indian company is setting up a joint venture company with US-based GST AutoLeather Inc, which designs and produces upholstery leather for automotive companies?

18. Which MNC has appointed Gurmit Singh as managing director of its India operations?

19. Professional networking site LinkedIn has crossed which milestone in terms of users in Asia-Pacific?

20. According to a report last week, eKart will begin to deliver packages for competitors. It is the logistics arm of which online retailer?

22. Which HR consulting firm has elevated Jonas Prising as its new CEO, effective May 1, 2014?

23. Which infotainment and audio solutions firm has roped in Sunitha Sarathy, a vocalist and performer in both Indian contemporary and western classical music genres, as its brand ambassador in India?

24. Which company has launched a range of premium fans under the Standard brand?

25. The consumer goods arm of the Godrej group will launch a liquid vapouriser that claims to get rid of mosquitoes in 10 minutes. What has it been branded as?

26. The personal care arm of which company has launched a campaign, #StyleTurf, which urges couples to style themselves and become famous?

27. Not sure but I think I have covered this earlier. Which company has entered into a strategic alliance with CPPIB Credit Investments Inc to float a $500 million realty fund in India?

28. Which company will acquire Time Warner Cable for more than $45 billion in stock, a deal which would combine the biggest and second-biggest cable television operators in the US?

29. Hewlett-Packard India (HP India) has roped in which celebrity as its brand ambassador?

30. In a move which has again sparked online debate about body image issues, which well known brand is featured in Sports Illustrated Swimsuit's 50th anniversary issue? (not a sports or fashion brand)

31. Which media company has announced that it has joined hands with Dev Ellora, Kapil Dev's company, to create Mumbai's team for the upcoming Louis Philippe Golf Cup?

32. Which MNC has launched its new campaign ‘Wear it Well’ to commemorate its 160th anniversary?

Please mail your answers on or before next Sunday to rajeevkondapalli@gmail.com with Biz Quizzard 516 as the subject.