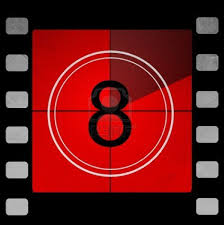 Presenting the current affairs quiz for the week January 13 - 18. Hope you enjoy it.

1. A new service, named Elliptic Vault, was recently launched in London. What is its claim to fame?

2. Chennai-based Bafna Pharmaceuticals has applied for a patent to develop and market in the country a chewable mango-flavoured iron tablet under which brand?

3. Who has been named as the most admired person on the planet, according to a survey conducted by YouGov in 13 countries for The Times?

4. BS Motoring, the auto magazine acquired by Delhi Press in April, 2013, has been rebranded. What is the new name?

5. Tata Motors last week launched a new top-end variant of Nano. What has it been sub-branded as?

7. Which IT services firm has acquired US-based CRM solutions provider EnablePath for an undisclosed amount?

8. Which MNC has acquired Branch, a social network that focuses providing online forums for insightful conversations?

9. Which company plans to partner with kirana and grocery stores by appointing them as franchisees for its Twenty Four Seven Convenience Stores?

10. Which MNC is buying Nest Labs Inc, a maker of smart thermostats and smoke alarms, for $3.2 billion?

12. Which company has exited an eight-year-old joint venture company in China by selling its majority stake to its partner China FAW Corporation Ltd for $28.2 million (Rs 175 crore)?

13. Vadodara-based Manpasand Beverages has signed up which celebrity as the brand ambassador for its flagship brand 'Mango Sip?

14. According to a study by Delivery Chef, an online food ordering platform based in India, which was the most ordered food in 2013?

15. Which country has emerged as the most popular destination for Britain's FTSE 100 companies looking to invest in emerging markets, according to a new report by law firm Freshfields?

16. Which company is advertising its new service ‘Tab Banking’?

17. Which company has announced that it would soon launch its Iris Pro series of premium smartphones?

18. Which MNC last week took the wraps off a new sports car concept called the FT-1?

19. Which company launched a digital video campaign in the last week of 2013 to promote its self-drive service brand, Myles?

20. Which business group will become the first corporate to use Aadhaar Payment Bridge (APB) for disbursal of salaries to its employees?

21. Which insurance company has announced the appointment of KS Gopalakrishnan as its managing director & chief executive officer?

22. Which brand from the ITC stable has just crossed Rs 1,000-crore mark by consumer spends?

25. Network18 will soon launch a Gujarati business news channel. What will it be branded as?

27. Simi Sabhaney has been named as the new chief executive officer of which advertising agency?

28. Which Indian media company has dissolved its joint venture with the Los Angeles-based CBS Studios International?

29. London-based publisher Bloomsbury has withdrawn a book by Jitender Bhargava in response to a case filed against it. The book was about which company?

30. Which Indian company is one of the five bidders vying to buy the American business magazine Forbes?

31. Which mobile internet firm, known for its online recharge services, is venturing into online retailing?

32. Which company is acquiring Malaysia-based BPO Symphony House Berhad for around Rs 41.3 crore?

33. Which Indian software services provider has tied up its US competitor, Computer Sciences Corporation (CSC), to explore opportunities in cloud and mobility?

34. Which channel has bagged the telecast rights of European qualifiers to UEFA Euro 2016 and the 2018 FIFA World Cup across the Indian sub-continent?

35. Which business group has launched a Gujarati daily titled NavGujarat Samay from Ahmedabad?

36. Which automobile company has launched its maiden mascot to instigate road safety measures in kids?

37. Which Australian high-fashion, accessories and handbags firm has inked an exclusive agreement with Gurgaon-based retail startup Brand Access to set up large-format stores in the country?

38. Gary Toomey has quit as the CEO of which airline?

39. Which Hindi daily has launched an integrated campaign titled Beti Hi Bachayegi, themed around the girl child and the change she can bring in the society?

40. Not sure if I covered this earlier. Brazilian football legend Pelé has become the global ambassador for which airline?

41. Which company has launched its latest campaign with brand ambassador Amitabh Bachchan, paying respect and showing gratitude to the ‘annadatas’ or our farmers?

42. Which telecom entity has appointed William Barney as the chief executive officer?

43. Which Hyderabad-based company has entered into a joint venture with Japan's Fuji Oil Co Ltd to set up a facility to manufacture non-dairy cream and other food ingredients?

44. Which two celebrities will feature in an advertisement for Oppo mobile phones, a five-year-old mobile company based in China, which is all set to hit the Indian market this year?

45. Which MNC has said it is testing a "smart contact lens" that can help measure glucose levels in tears?

Please mail your answers on or before next Sunday to rajeevkondapalli@gmail.com with Biz Quizzard 512 as the subject.