Presenting the current affairs quiz for the week August 25 - 30. Hope you enjoy it.

1. Which company, according to a report last week, will be launching a formalwear apparel brand called Balmoral?

2. Which MNC is all set to acquire UK-based Axon Group, a SAP consulting services company listed on the London Stock Exchange, for about $753 million in an all-cash deal?

3. Which company is launching a men’s personal care brand Roamno in India this month?

4. Which company has become the first Indian life insurance firm to feature among the world’s top 3 in the million dollar round table (MDRT), a grouping of world’s top insurance advisors?

5. Which Indian company has announced the signing of an agreement to fully acquire Control Point Solutions (CPS) of the US?

8. Which automobile brand is being advertised in the print medium with the baseline ‘changes everything’?

9. Which company, according to a report last week, has set up India’s first ever rural BPO at Tirupati in Andhra Pradesh?

10. The visual shown was splashed across the world last week. Name the brand with which it was associated? 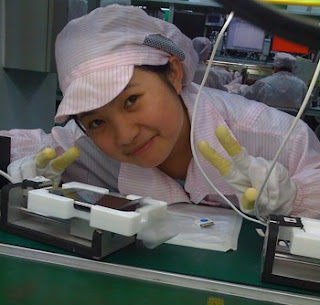 11. Ms Kalpana Morparia, one of the public faces of ICICI Bank, quit last week after a stint of over 30 years. She will now head the Indian operations of which financial major?

12. Which apparel brand, according to a report last week is getting ready to introduce its branded mobile handsets in the Indian market?

13. Which company last week entered into an agreement with Apollo Sindhoori Capital Investment (ASCIL) to acquire 56% stake in the retail broking company for Rs 198.8 crore?

14. MRF last week launched a new tyre, Aero Muscle, which will be supplied to Indian defence. For which segment has it been launched?

15. Indra Nooyi, Sonia Gandhi, Mayawati and which other Indian business personality have made it to the list of 100 most powerful women in the world compiled by Forbes?

16. Which MNC has agreed to buy Greenfield Online, owner of European comparison website ciao.com for about $486 million to boost its internet search and e-commerce business in Europe?

17. Which advertising agency has opened a new chapter in its creative shop, Water Consulting, which is a brand strategy and design consultancy?

18. Low-cost carrier Simplify Deccan will be rebranded. What is the new name?

Please mail your answers on or before next Sunday to rajeevkondapalli@gmail.com with Biz Quizzard 231 as the subject.