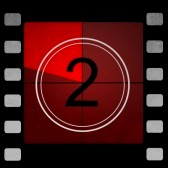 Presenting the current affairs quiz for the week February 24 - March 01. Hope you enjoy it.

2. Which US automaker is all set to launch its bikes in the Indian market, including the models Renegade Commando and Renegade Sport?

4. Which business personality has emerged as an early investor in Hopscotch, a Mumbai-based boutique ecommerce startup selling products for infants and kids?

5. Fanta has rolled its new campaign ‘Snack-time Fanta-Time’, another animation TVC. What is unique about it?

6. Lakshmi Swaminathan has become the first Indian to be elected president of Administrative Tribunal of which banking entity?

7. US regulators for the first time have banned the sale and import of which product category made by an Indian company Jash International?

8. Which brand has emerged as the Most Trusted Internet brand for the fourth year in a row, according to the Brand Trust Report, India Study, 2014 (BTR 2014) held by TRA?

9. Nokia last week announced a new line of mobile phones that run a modified version of Android. What has the new series been branded as?

10. Which PSU has expanded into pharmaceutical business by acquiring majority stake in Goa Antibiotics and Pharmaceuticals Ltd. (GAPL)?

11. Which business group will launch ‘Campus vehicles’, a range of battery-operated vehicles for the Indian market?

12. Nissan Motor India will discontinue the sales of which two models in India as the company intends to focus on its locally manufactured models?

13. Which company has exited the two-wheeler segment completely by selling its remaining stake in Mahindra Two Wheelers to private equity firm Samena Capital for about Rs 182.1 crore?

14. Which MNC has announced a partnership with Internet.org, a Facebook-led alliance of partners, to improve internet access in India?

15. Which company has launched its new campaign ‘No ullu banaoing’?

16. Which company will hive off its products, platforms and solutions (PPS) business into a separate subsidiary called Edge Works at the beginning of the next financial year?

17. Which company has become the first US health player to do business in India with the launch of the fifth standalone health insurance company in the country through its joint venture with TTK?

18. Which retail company has promoted Salil Nair as the new CEO?

19. DK Sarraf will be the new chairman and managing director of which state-run entity?

20. Which business personality has unveiled his latest book 'Zen Garden'?

21. Which company has launched high-end formal suits for both exports and domestic markets in a joint venture with Goodhill Corp of Japan?

22. An organisation founded by Bhavna Kanadia and her partner Nirav Patel from Anand, Gujarat, aims to sell health beverages made from coconut. What has it been branded as?

23. Which company has approved the merger of two of its subsidiaries, Trinetra Cement and Trishul Concrete Products, with itself?

24. Which well known Indian company has entered into a joint venture with Netherlands-based Montblanc Services BV, known for its writing instruments?

25. Which two Indian companies have been named among the world's most admired companies by Fortune magazine?

26. Which MNC has appointed Sanjeeb Chaudhuri in the newly created role of group head of brand and chief marketing officer, effective April 1?

27. Which company has signed an agreement to acquire the IT and consultancy services business of chemical giant BASF?

29. Which company has announced that it plans to build what it claims as the world's largest battery factory?

30. According to reports, Vijay Mallya has acquired ‘Air Support’ for around Rs 4 crore. What is ‘Air Support’?

32. Arvind Saxena, a former Maruti Suzuki veteran and the MD of Volkswagen Passenger Cars, is the new president and CEO of which company?

33. Which consulting firm has appointed John B Veihmeyer as its next global chairman?

35. Mt. Gox filed for bankruptcy at a Tokyo District Court last week. What is its claim to fame?

Please mail your answers on or before next Sunday to rajeevkondapalli@gmail.com with Biz Quizzard 518 as the subject.