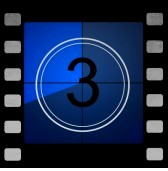 Presenting the current affairs quiz for the week February 17 - 22. Hope you enjoy it.

1. Amitabh Bachchan has been roped in to endorse which health drink brand?

2. After branded apples, Mahindra Group is now set to add which fruit to its basket of offerings?

3. Kareena Kapoor has been roped in as the brand ambassador of which ice cream brand?

4. Which company has announced that it is set to acquire messaging service Viber for a deal priced at 900 million dollars?

5. Which company has emerged as the frontrunner in the breakaway brand category, according to Young and Rubicam’s annual brand study – Brand Asset Valuator (BAV)?

6. Celebrities Management Private Ltd, which runs India’s first high-definition (HD) travel channel TravelXP, is planning to expand its bouquet by adding a food channel. What will it be branded as?

7. Sanjay Aggarwal has quit as the CEO of which company?

10. Which brand has retained its spot as India’s most valuable brand, according to Brand Finance Global 500, an annual study conducted by a brand valuation consultancy called Brand Finance?

11. Which Indian group has bought a property, a building called New Court, in London for over £90 million, or around Rs 1,000 crore?

12. Which healthcare company has forayed into Rajasthan by acquiring SK Soni Hospital?

13. King Digital Entertainment PLC will attempt to raise as much as $500 million in an initial public offering. It is the maker of which blockbuster mobile game?

14. Which company is set to acquire drug company Forest Laboratories for $25 billion?

15. Which business personality has succeeded RIL chairman Mukesh Ambani as chairperson of the IIM Bangalore board of governors?

16. Which hotel has received the National Tourism Award 2012- 13 for the best eco-friendly hotel?

17. Which Indian pharma company’s complaint against the owner of a disputed domain name has been denied by an international arbitration panel?

18. Which luxury fortress resort has been named by Lonely Planet as the world’s most extraordinary hotel?

19. Bharti Airtel has become the first company in India to reach which milestone in terms of user base?

20. Which brand has been declared the world’s most powerful brand, according to an annual study conducted by leading brand valuation consultancy Brand Finance?

21. Which state has unveiled a 20km free Wi-Fi zone, the longest across the globe?

22. The Corporate Affairs Ministry has directed the Registrar of Companies to ensure that no company be registered with which word as part of its title unless it is a Government company?

23. Which IT major has launched what it calls the first ever global Twitter recruitment campaign titled #CoolestInterviewEver?

24. Which well known celebrity wife is all set to launch her brand new interior design store named 'The Design Cell'?

25. Which MNC is buying mobile messaging service WhatsApp for up to $19 billion in cash and stock?

26. Japan's Shiseido Co Ltd has signed a deal to sell skincare brands Decleor and Carita to which MNC for about 230 million Euros ($316.3 million)?

27. Which MNC has announced the signing of Brazil and FC Barcelona forward Neymar as its global brand ambassador?

28. Procter & Gamble (P&G) will be unveiling a new toothbrush in Barcelona. What will it be its claim to fame? (the location is a clue)

29. Which business personality, along with family, will fund the translation of ancient Indian poetry & prose by Harvard University Press?

30. Which business personality has been awarded the EY Entrepreneur of the Year 2013 award for India?

31. Yaduvendra Mathur has been appointed Chairman and Managing Director of which bank?

32. PepsiCo Inc has moved the Delhi High Court against the release of which film on trademark violation?

33. Billionaire hedge fund manager Kenneth Griffin has donated USD 150 million to which college, the largest in its history, to support its financial aid programme?

34. Which business personality has forayed into the sports business by launching Unilazer Sports?

35. Which digital distributor of Bollywood and Tamil cinema music has launched its first Indian ad campaign 'Here's to the Music'?

36. Liberty Shoes Limited (LSL) recently opened a store at Growel’s 101 Mall in Mumbai. Why was this special to the company?

37. Which MNC will launch its new campaign “Make Every Yard Count” ahead of the T20 World Cup?

39. Archana Bhargava has opted for voluntary retirement and quit as the chairperson and managing director of which bank?

40. Which company has formed a 51:49 joint venture with U.S.-based The Warranty Group (TWG), a global specialist in offering extended warranty solutions to acquire and retain customers?

41. Which MNC is buying the British-based startup spider.io for its technology to weed out fraud in online advertising?

42. Which brand is encouraging women to put a 'kala teeka' (black dot) through its new campaign?

Please mail your answers on or before next Sunday to rajeevkondapalli@gmail.com with Biz Quizzard 517 as the subject.