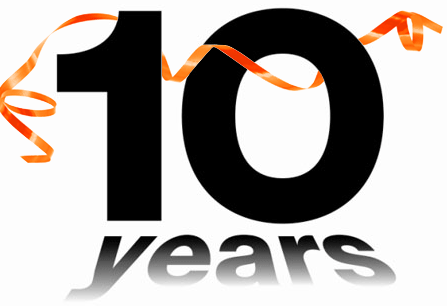 Biz Quizzard completes 10 years with this edition, without missing a single week in between. A big thanks to everyone who has been part of this long journey.


Presenting the current affairs quiz for the week March 10 - 15. Hope you enjoy it.

1. The 25th anniversary of which widely used service / system was celebrated on March 12?

2. Which MNC has bought a majority stake in water purification company Qinyuan, its biggest Chinese acquisition in 10 years?

3. Which Indian telecom operator has tied up with Gameloft, a global publisher of digital and social games, to offer quality gaming to its subscribers?

4. Seven women have made it to Fortune India's first compilation that lists individuals who have managed to grow an idea into a profitable business. What is the list called?

5. Which company has launched a digital campaign called 'Relationship Beyond the Contract' in partnership with LinkedIn?

6. Advertising agency Draftfcb Ulka has got a new corporate identity. What is the new name?

7. Which MNC has agreed to buy Fyffes Plc in an all-stock transaction that values the Dublin-based fresh- produce distributor at about $526 million?

9. In a bid to position itself as the online fashion destination, which Delhi-based e-tailer is launching an ethnic women’s wear collection designed exclusively by well-known designer Rohit Bal?

10. Which very well known brand has launched its new campaign 'Where Life Meets Style', its first television commercial in over a decade?

11. Which creative agency will launch its Shopper Marketing arm, Labstore, in India?

12. The Mumbai bench of the Company Law Board (CLB) has directed Anup Bhaskaran Rana, India managing director of which MNC, to sell his 10% stake in the Indian JV to the German parent?

13. Which company is planning to list its European subsidiary Sylvania Global on the London Stock Exchange (LSE)?

14. Which insurance company is advertising in the print medium with the baseline ‘Health hai toh life hai’?

15. Which MNC has appointed Srinivasan Dwarakanath as India CEO and is bringing all its Indian activities under one roof through the creation of a fully-owned subsidiary?

16. Which MNC has named Alex Stamos as its chief information security officer, tapping a vocal critic of the US governments secret surveillance programs for the position?

17. It was ambush marketing. Which MNC has been asked by CBF, Brazilian soccer’s ruling body, to withdraw its world cup ad, arguing that it’s using intellectual property that belongs to the CBF?

18. Which vernacular newspaper has started an all women's portal titled Vasundhara Kutumbham?

19. Which popular e-commerce marketplace has launched a Way Too Fab (WTF) campaign to celebrate its 9th birthday in India?

20. Which advertising agency has announced a year long program of innovative events and activations in celebration of its 150th anniversary?

23. Who has topped this year’s Forbes' America's most powerful CEOs under-40 list?

24. In what's only the second major change to the brand's logo in its 121-year history, which MNC has unveiled a new delta logo?

25. DS Group has roped in which celebrity as brand ambassador for the newly launched ‘Rajnigandha Silver Pearls’?

27. Which bank has become the first lender in India to start its own online payments aggregator service?

28. Which Italian cult motorcycle brand is all set for a formal Indian debut?

29. Hero MotoCorp last week launched an all new bike equipped with stop-and-start i3S technology under the Splendor brand. What has it been sub-branded as?

30. Which company will, on March 24, launch its new campaign ‘Making India Beautiful’, its biggest marketing campaign in a decade?

31. Which brand has collaborated with DreamWorks Animation to launch a range of fountain pens from the hit animation films Shrek, Madagascar 3 and Kung Fu Panda 2?

33. Which company has announced the launch of its mobiquity Wallet, a digital wallet platform?

34. Which automobile brand is being advertised with baseline ‘Multiplies your life’?

35. Which brand has launched its new campaign 'back is the new front'?

36. Vineet Bajpai has been elevated as the CEO of which advertising agency in India?

37. Rakesh Sethi has been appointed chairman and managing director of which public sector bank?

38. Music streaming service, Rdio, founded in 2010 by Skype co-founder Janus Friis, will mark its entry into the Indian market with the acquisition of which music portal?

Please mail your answers on or before next Sunday to rajeevkondapalli@gmail.com with Biz Quizzard 520 as the subject.