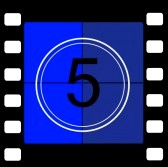 Presenting the current affairs quiz for the week February 03 - 08. Hope you enjoy it.

1. Consumer goods maker Marico has entered the hair colour business with which brand?

2. Which company has acquired 100% stake in Kineta Power, a privately-owned coal-based 1,980-MW power plant in Nellore district of Andhra Pradesh, for an undisclosed sum?

3. Which Hollywood actress has become a global partner and spokesperson for spirits company Jim Beam?

4. Which Mumbai-based drugmaker has announced that it will acquire Netherlands-based injectable company Nanomi?

5. Which US-based beauty care products company has roped in actor Asin as its first brand ambassador for India?

6. Tata Motors unveiled a new sedan last week. What has it been branded as?

7. Which automobile MNC plans to drive in a new SUV, Avventura, into the Indian market?

8. Which company is all set to launch Aerosoles, a women’s footwear brand, into the market?

9. Who was sworn in as the first woman US Fed chair last week?

10. Andhra Pradesh-born Satya Nadella is the new CEO of which MNC?

11. For the first time in the history of Indian cinema, which Bollywood movie has been released on Facebook on the same day of its release in theatre?

12. Hyundai Motor India last week unveiled its compact sedan. What has it been branded as?

13. Hilton Worldwide will open its first Conrad hotel in India next year under a management contract with the K Raheja Constructions group. Which city?

14. Advertising professionals Vikram Gaikwad and Vistasp Hodiwala have launched a new agency. What has it been branded as?

15. Which brand has announced that soccer star Lionel “Leo” Messi is the new global face of its upcoming international football campaign ‘Inner Steel’?

16. Which IT outsourcing services provider has unveiled a new corporate identity, with a new logo and tagline ‘unleash the next’?

18. PepsiCo and youth channel MTV India have joined hands in a first-of-its-kind alliance to launch a 24-hour Indie Pop channel. What has it been branded as?

19. Which company has unveiled an electric sports concept car, named Halo, at the Auto Expo 2014?

20. Which Indian IT major has announced a foray into the healthcare and wellness business, in collaboration with US-based John Hopkins Medicine International?

21. Which MNC will sell its PC business to buyout firm Japan Industrial Partners?

23. Google has launched a corporate video conferencing product. What has it been branded as?

24. Canadian mobile handset and services company BlackBerry has teamed up with which Hyderabad-based testing tools company for assistance in research and development?

25. LG has officially launched its smartphone G Flex in India. What are its two distinctions, with respect to the Indian market?

26. Which portal has unveiled its CSR campaign ‘Menus for Change’ in collaboration with Child Rights and You (CRY), a non-profit organization working for children in India?

28. Which beverage brand has brought its global campaign idea, ‘Bring out your lighter side’, to India?

30. The production of which well-known automobile brand was stopped completely from January 18, 2014?

31. Which online travel portal has appointed Vijay Kesavan as the new CEO for its Indian operations?

32. Who has topped Fortune magazine’s latest list of 50 most powerful women in business globally?

Please mail your answers on or before next Sunday to rajeevkondapalli@gmail.com with Biz Quizzard 515 as the subject.