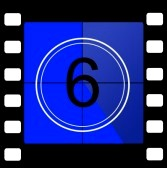 Presenting the current affairs quiz for the week January 27 - February 01. Hope you enjoy it.

1. Which MNC has recently signed an agreement with Google Inc. to cross-license their patents?

2. Mr Karl Slym died in Thailand recently. He was the managing director of which company?

3. Sony Pictures Entertainment has purchased the film rights to the bestselling memoir 'Lean in'. Who is the author?

5. Which company, in association with Maharashtra Tourism Development Corporation, has lit up the Gateway of India?

6. MK Anand is the new managing director and chief executive officer of which media company?

7. Mallika Srinivasan is among the five chosen for Padma Shri awards from trade and industry category this year. She is the Chairman and CEO of which company?

8. Which MNC has rebranded its 'Natural' products as 'Simply'?

9. Which two-wheeler maker has roped in actor Parineeti Chopra as brand ambassador?

10. A Mahendran, backed by private equity fund India Value Fund Advisors, has bought out the domestic pest control business of which company for Rs 150 crore?

11. Ethnic wear chain Fabindia is introducing a western wear line. What has it been branded as?

12. Japanese electric two wheeler maker Terra Motors Corporation last week unveiled an electric superbike in India. What has it been branded as?

14. Which business school from India has made it to the top 100 in the Financial Times (London) Global MBA Ranking list for the first time?

15. According to a report last week, which brand is coming out with its new campaign ‘Moments on a Menu’ in the first week of February?

17. Italian car giant Fiat has announced it is changing its name. What is the new name?

20. In less than two years after buying it, Google is selling its Motorola Mobility cell phone unit to which MNC for $2.91 billion?

21. Ajoy Misra will be the new managing director and CEO of which company?

22. Which brand has emerged as the most trusted brand in the country, in Trust Research Advisory’s (TRA) Brand Trust Report (BTR), 2014?

23. Which business group has sold its Canada-based business and technology outsourcing firm Minacs to a group of investors led by Capital Square Partners and CX Partners, a PE fund?

24. Sumit Sawhney will be elevated as CEO and MD of the Indian operations of which automobile MNC?

25. Nigel Harris will be the new president & MD for the Indian unit of which automobile MNC?

26. Which celebrity has been signed up as the first global ambassador for SodaStream International Ltd, an Israeli soft drinks company with a large manufacturing presence in the West Bank?

27. Pope Francis has made history by becoming the first religious figurehead to be featured on the cover of which magazine?

28. The light commercial vehicle (LCV) joint venture of Ashok Leyland and Nissan has launched a 27-seater bus. What has it been branded as?

29. Which company has launched SafeEye, a technology solution that school administrators and parents can utilise to ensure safety of children travelling to and from school?

30. Cadbury India is all set to launch a new product under the 5 Star brand to take on Snickers. What has it been branded as?

32. Which media company has forayed into Indonesia with the launch of two channels, Bioskop and Veria Living?

33. Which spirits brand has unveiled its new global campaign ‘Light is within’?

35. Which airport in south India has once again become non-functional with SpiceJet operating its last flight on January 31?

Please mail your answers on or before next Sunday to rajeevkondapalli@gmail.com with Biz Quizzard 514 as the subject.