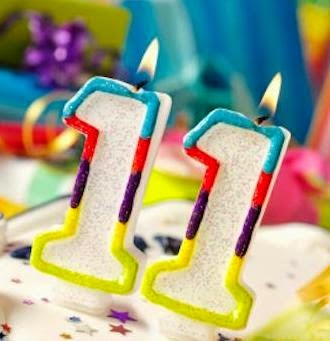 Biz Quizzard completes 11 years with this edition. Thanking Murali Duggineni, Quinkie members and all others for their support.

Also pleased to inform that Biz Quizzard has been featured in the Limca Book of Records 2015, for the 5th consecutive year.

Presenting the current affairs quiz for the week March 09 - 14. Hope you enjoy it.

2. Which online marketplace has entered into a three-year partnership with the country's largest private sector lender, HDFC Bank, to launch a co-branded credit card?

3. Which MNC has acquired the Indian arm of Spanish boutique advisory firm AF-Mercados for an undisclosed sum?

5. Which MNC has signed a definitive agreement to acquire media firm VCCircle Network for an undisclosed sum?

6. What did Finance Secretary Rajiv Mehrishi release at Shrinathji temple in Nathdwara, Rajasthan, on March 6?

7. FMCG major Emami has roped in actor Hrithik Roshan as brand ambassador for which brand?

8. Which online fashion brand has roped in actor Sidharth Malhotra as its brand ambassador?

9. Mr Deepak Khaitan passed away last week in Kolkata. He was the vice chairman of which business group?

10. Which brand has launched an online campaign to encourage young Indians to go ‘offline’ in order to feel ‘alive’?

11. Which online marketplace has partnered with IndiVillage, which will allow sellers on its platform to outsource their imaging tagging, transcription and content development requirements?

12. Which MNC has acquired Indian Express-owned Screen, a film and entertainment weekly, for an undisclosed amount?

13. Sri Lankan batsman Kumar Sangakkara became the first cricketer to wear a helmet with StemGuard, the new safety attachment for back of the head and neck. Which brand?

14. Which MNC has been named the top employer in Europe for the third consecutive year by Top Employers Institute?

15. Which premium drinks maker is shutting its India office and is working on a new distribution model to make its products available in the country?

17. Which company is set to take over Total hypermarkets owned by Jubilant Retail in a tuck-in acquisition deal?

20. Which three Indian companies have been named among the world’s most ethical companies by the Ethisphere Institute?

21. Kunal Bahl and Rohit Bansal, founders of Snapdeal, have reportedly taken part in the first round of funding in which Delhi-based travel planning portal?

22. The US subsidiary of which BSE-listed company has acquired Canada-based Mindprint, a clinical research start-up specialising in analytics and operational software?

23. Motorola last week launched a new device on Flipkart. What has it been branded as?

24. Which MNC bank is bringing in Tidjane Thiam, the head of British insurer Prudential, as its new CEO to help drive its push into wealth management in emerging markets?

25. Asian Paints has agreed to set up its largest paints production facility in which state?

29. Soft drink brand Rasna has roped in which celebrity for its latest campaign?

30. The Ministry of Corporate Affairs has come out with the names of top 10 asset firms in India. Which company has topped the list?

31. Visit Britain, UK’s national tourism agency, has appointed which celebrity in India as it brand ambassador?

32. Which company has retained top position for a second year in row for the highest number of grid-connected wind energy installations in India?

33. Which non-profit education organization has acquired the NMAT exam in India from the Narsee Monjee Institute of Management Studies (NMIMS)?

34. Which hospitality major has taken over the management of its French rival Accor-managed Pullman Hotel in Gurgaon?

36. Which insurance company has rolled out a new television campaign, titled ‘Alter Ego’?

37. Which brand has launched its new thematic campaign, ‘Live it Abhi’?

38. Which portal has launched a new campaign with the tagline ‘Keemat Bhi, Kuchh Keemti Bhi’?

39. Which company has signed a three-year strategic timeout sponsorship deal for the Indian Premier League (IPL)?

40. Which MNC will open its first chocolate plant in India, in Pune?

41. Which premium apparel brand is offering customers in India the option to pay in instalments or what it calls ‘pay in parts’?

42. Which Mumbai based education-tech start-up last week announced the acquisition of 100Marks, one of the student guidance platforms for JEE Main, Advanced and Medical?

43. Which group has acquired Expicient Inc, a global omni-channel services firm with expertise in inventory and order management systems (OMS)?

44. Manoj Kumar has been elevated as the new managing director of Indian operations of which Japanese MNC?

45. Which MNC has recently launched its first e-commerce initiative Humarashop[dot]com?

46. Which Hip-hop star’s bid for Scandinavia music streamer Aspiro has succeeded after owners representing more than 90% of shares in the Swedish-listed firm accepted the $54 million offer?

47. Which media company has tied up with tablet maker Eddy to launch a Creativity Tablet for children, which comes pre-loaded with hundreds of activities, apps and videos?

48. Upkar Prakashan Group recently launched a new stationery product line. What has it been branded as?

49. Which MNC last week said it had purchased the maker of the video streaming app Periscope?

50. Ratan Tata has made a personal investment in which mobile payments and commerce venture?

Please mail your answers on or before next Sunday to rajeevkondapalli@gmail.com with Biz Quizzard 572 as the subject.