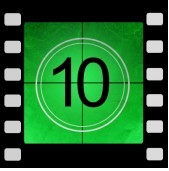 Presenting the current affairs quiz for the week December 30 - January 04. Hope you enjoy it.

1. Which PSU has decided to step into the dairy sector as part of a corporate social responsibility (CSR) initiative?

2. C K Birla has decided to step down as the chairman of which company?

3. According to a report last week, which well known international super model is set to become the newest ambassador for hair care brand Pantene?

4. Which brand has launched its latest campaign 'joy of gifting'?

5. Which Indian company has joined hands with a New Jersey-based non-resident Indian to use his plant near New York to manufacture its products from February?

6. Which MNC has launched a B2B brand campaign to promote its entrepreneurial spirit and that of well-known corporate customers like Whole Foods, TripAdvisor and Skype?

7. SEBI has approved the appointment of Saurabh Sarkar as the new MD and CEO of which financial entity?

9. Which investment bank has emerged at the top in the mergers and acquisitions (M&A) league table for 2013 in India?

10. Which well known cosmetics maker will cease operations in China?

11. BHEL's CMD BP Rao got a two year extension of his tenure last week. Why did this make news?

12. SK Sharma has assumed charge as the chairman and managing director of which public sector entity?

13. P Madhusudan has assumed charge as the ninth chairman-cum-managing director of which state-owned steel entity?

15. Which MNC has reached an agreement to take full ownership of Chrysler in a $4.35 billion deal with the United Automobile Workers retiree health care fund?

17. Which company has appointed former Walmart India president Raj Jain as its CEO?

18. Rajiv Sawhney has resigned as the CEO of which hospitality company?

19. Which media entity has promoted its COO NP Singh to the position of CEO?

20. Audi India has become the first luxury car maker to cross which sales milestone in the country?

22. In what is being claimed as an industry first, which insurance company launched an all-women branch last week?

Please mail your answers on or before next Sunday to rajeevkondapalli@gmail.com with Biz Quizzard 510 as the subject.