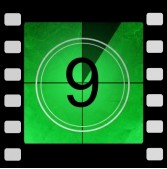 Presenting the current affairs quiz for the week January 06 - 11. Hope you enjoy it.

1. Which company recently laid the foundation for what it claims will be the world’s largest corporate learning and development centre?

2. Which well known brand is co-branding with Viacom’s youth and music platform, MTV, for a new channel slated to be launched in a couple of months?

3. Marvel Tea Estate (India) Ltd has roped in which celebrity as its brand ambassador?

4. Which MNC has filed a lawsuit against Typo Products LLC that offers a physical keyboard that can be attached to some of Apple Inc's touch screen iPhone 5 models?

5. Audi last week launched the RS 7 Sportback in India. Who is the first customer?

6. Ashok Leyland last week unveiled its new truck series. What has it been branded as?

7. Which company has unveiled its latest tablet ‘LapTab’, which will run on both Windows 8 and Android JellyBean operating system?

8. Which brand has entered into an exclusive partnership with Liverpool Football Club to become the latter’s official mobile handset partner for South Asia?

11. Which studio has emerged as the top-grossing studio for 2013, with $5.04 billion in global ticket sales?

12. Which hospitality major has rebranded its properties Crowne Plaza London - St. James and 51 Buckingham Gate (not the full names)?

13. Intel has unveiled a tiny computer that is built on its 22 nanometre transistor technology. What has it been branded as?

14. Which insurance company has announced the appointment of Munish Sharda as the Managing Director and Chief Executive Officer?

16. Which MNC has appointed Man Jit Singh as president of the Home Entertainment division?

17. Which newspaper brand has launched a campaign titled 'Be Polite', which urges people to be polite and nice to others?

18. Marking one month until the start of the Olympic Winter Games, which MNC last week unveiled its new commercial, ‘Pick Them Back Up’?

19. Customer spending on Apple’s App Store crossed which milestone in 2013?

20. Bangalore-based Little Eye Labs has become the first Indian firm to be bought by which MNC?

22. Which telecom MNC has named Morten Karlsen Sørby as the new chief of its Indian unit?

23. Which business group was the top donor, among corporates, to both the key national parties, Congress and BJP, as per an analysis by Association of Democratic Reforms (ADR)?

24. Which media company will be the title sponsor for 2014 Jaipur Literature Festival?

25. French cosmetics group L'Oreal has said it was halting the sale of which brand in China, the latest Western company to get cold feet over a chill in luxury sales?

26. Twitter co-founder Biz Stone has unveiled a new mobile service that seeks to improve way people search for and find information. What has it been branded as?

27. China has become the first country to cross which automobile sales milestone in any given year?

28. Indian Ordnance Factory (IOF), Kanpur, has manufactured Nirbheek, a .32 bore light weight revolver. What is its claim to fame?

29. Intel Corporation has decided to re-brand the products of anti-virus software maker McAfee. What will be the new name?

30. Which brand has launched its new ad campaign titled ‘A Greater Drive’?

31. Which well known MNC is celebrating 100 years of its research division?

32. Which Swiss watch brand has filed for a 100% single brand application, becoming the first luxury company to apply through the single brand route after it was opened to fully-owned foreign subsidiaries?

33. WWF India, in partnership with which company, has announced the launch of a project for conservation of endangered ‘snow leopards' species in the country?

34. According to a report last week, which public sector bank is all set to sign Shikhar Dhawan as its brand ambassador?

35. Which MNC will launch the super premium luxury travel goods brand Hartmann in India this year?

Please mail your answers on or before next Sunday to rajeevkondapalli@gmail.com with Biz Quizzard 511 as the subject.