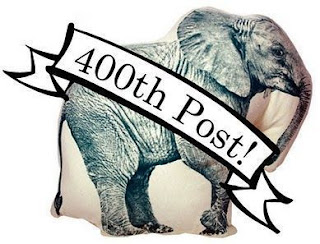 Presenting the current affairs quiz for the week November 21 - 26. Hope you enjoy it.

1. Eight Indians have made it to Thinkers 50 - a bi-annual global ranking of 50 most influential thinkers. Which Indian chief executive is ranked at 40 in this list?

2. Which MNC has announced plans to launch a $1 shoe in India?

3. Which company in the financial sector is running a campaign with the baseline ‘Changing Rules. Changing Lives.’?

4. Which watch maker has teamed with ace designer Tarun Tahiliani to come up with two new exclusive ranges targeted at women customers?

5. Which NRI tycoon recently sold a stately home in north London’s Regent’s Park for £120 million, the highest figure ever paid in the UK for a single private residence?

6. Which MNC is facing angry comments on the social networking media for pricing its latest product costlier in India than anywhere else in the world?

7. Which airport has superseded Mumbai as the busiest in the country?

10. Which beverage brand is commemorating its silver jubilee with a new campaign ‘Soch Badlo'?

14. Cigna, one of America’s largest health insurers, has entered into a joint venture agreement with which business group to sell covers to the middle-class in India through a direct distribution model?

15. The Reserve Bank of India (RBI) will shortly issue Rs 100 notes of the Mahatma Gandhi-2005 Series. What will be the additional feature?

16. Which well known maverick business personality has estimated the brand value of his name to be worth $3 billion?

17. Which company has joined hands with Healthfore (a division of Religare Technologies Ltd), and with Fortis Hospitals as knowledge partner, to launch Mediphone to provide timely medical advice to people living in rural, semi urban and even urban areas in Northern region?

18. Vikram Akula has stepped down as the executive chairman and director from the board of directors of which company?

19. Which four-decade old Indian company has launched a Hollywood-based production and financing company, which will produce international content?

21. Which company is claiming a category breakthrough in advertising: the world’s first Runway Musical?

22. Which bottled water major is planning to set up its own exclusive retail outlets in India as it looks to counter shopkeepers pushing rival brands?

23. Which country has surpassed the US to become world's largest smartphone market by volume in Q3?

24. Which company has launched two low-cost smartphone models as part of its strategy to boost usage of third-generation (3G) data services in the country?

25. A new train called Vivek Express was flagged off recently. What is its claim to fame?

26. Which actress has been roped in as the brand ambassador for jewellery manufacturer Gitanjali Group’s new brand, Gdivas?

27. The 7.7% stake in Walt Disney of which well known business personality, the biggest shareholder of the company, has been transferred to a trust led by Laurene Powell?

28. German luxury car maker BMW last week launched its pre-owned car business in India. What has it been branded as?

29. Who has been named UK's 'most powerful Asian’?

30. Neuland Laboratories, Birla Pacific Medspa and Fineotex Chemical were in the news recently because of which celebrity investor?

32. Which insurance company has launched a new brand campaign, 'The one thing I have learnt'?

33. For which brand has RK Swamy BBDO created a new campaign titled 'Your Time, Your Place, Your Moods' for the International markets?

34. Which company has launched a new on-ground campaign, 'Travel-O-Dance' as an extension to its 360 degree marketing campaign, 'Creating Happy Travellers'?

35. Which brand released an ad in the print medium on 26/11 to celebrate the 90th birthday of its founder?

36. Which insurance company is advertising on television (TVC currently on air) with the positioning ‘Future guaranteed’?

37. Prachi Desai and Farhan Akhtar can be seen in the television commercial (currently on air) for which water purifier brand?

38. Staying with Prachi Desai, the actor is endorsing which shampoo brand (TVC currently on air)?

39. Which south-based English daily is set to launch its Delhi edition on December 11?

40. Model and actor Nargis Fakhri is endorsing the women’s line of which apparel brand?

Please mail your answers on or before next Sunday to rajeevkondapalli@gmail.com with Biz Quizzard 400 as the subject.