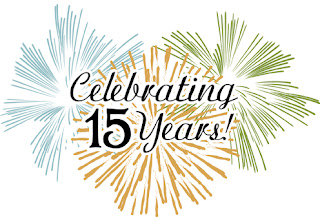 Biz Quizzard has completed 15 years with this edition. The first edition was posted on March 21, 2004 and not a single week has been missed till date. Thank you for being part of this journey.

Presenting the current affairs quiz for the period March 11 - 16. Hope you enjoy it.

1. Brand Equity’s Most Trusted Brands survey for the year was published last week. Which brand has topped the list this year?

3. Which company has made it into Limca Book of National Records and Asia Book of Records for completing a power sub-station in a record time of 7 months?

4. Which job portal has launched an integrated communications campaign as the Official Supporter of ‘#WorkLifeBalance’?

5. Which beverage brand has launched a new packaging and a campaign with the positioning 'Dil jhoome'?

6. Ahead of the World Shoe Day, which company has launched its ‘#Sole4Soul’ drive to enable the underprivileged walk comfortably?

7. Which company has entered into a definitive agreement to acquire refurbished goods marketplace Zefo for Rs 200 crore (about $28.5 million) in an all-stock deal?

8. Mars Wrigley Confectionery is launching which global brand in India?

9. Which dairy major last week launched a new range of health drinks - Lassi with goodness of Ragi and Sabja?

10. Which MNC has elevated its India head Dave Thomas as the managing director for emerging markets as part of its top-level reshuffle?

12. Which travel booking and rewards company has launched its first televised commercial, "Just Like What"?

13. Which hospitality chain has launched the ‘Collection O’ brand targeted at millennial travelers?

15. The board of which auto component firm has approved to buy Aurangabad Electricals (AEL) for Rs 875.6 crore?

16. Communication agency Cohn & Wolfe Six Degrees has been rebranded. What is the new name?

17. Which IPL team has announced its partnership with Indian sportswear brand Alcis Sports as the official multi-year Kitting & Merchandise partner?

18. Which industrial real estate and warehousing developer has bought a 70-acre logistics park from Orris Infrastructure in the outskirts of Gurugram?

19. Which website hosting company has announced its partnership with International Cricket Council (ICC) as official sponsor for the upcoming men's cricket World Cup?

20. Which brand has become the only Indian brand to be featured in the latest study of the top 100 global megabrands by Euromonitor International?

21. Which oral care brand has roped in actor Tiger Shroff as its brand ambassador?

22. Which Indian company will be assisting the US-based FTS to make quartz watches?

23. Barcelona-based fashion and fragrance company Puig has picked up a minority stake in which Ayurveda retailer?

24. Which company has announced the acquisition of Strong-Bridge Envision (SBE), a US headquartered digital transformation consulting firm, in a $45 million deal?

26. Which company last week announced the launch of its first own restaurant brand Hong’s Kitchen?

28. Who has resigned as the chairman and non-executive director of Bajaj Finserv?

30. A big salute. Which business personality last week committed to philanthropy an additional 34 per cent stake in his company, valued at Rs. 52,750 crore ($7.5 billion)?

32. Which company has signed a non-binding term sheet with Berggruen Hotels to acquire its loss-making Keys Hotels?

33. Canadian asset manager Brookfield will buy the loss-making East West Pipeline from which company for an enterprise value of Rs 13,000 crore, marking its first purchase in the energy sector?

35. Which company will acquire Japan-based mobile network solution firm K-Vision for $1.5 million in an all-cash deal to support 4G and 5G telecom network roll-out in Japan?

36. Which company has launched the campaign ‘Her Key’ to encourage more women get behind the wheel?

38. Which confectionery brand is celebrating 25 years of Fresh Breath Confidence?

39. Which brand has topped Interbrand’s latest ranking of India’s Top 40 brands by value?

40. Which MNC has elevated Nitin Paranjpe as global COO?

41. Which fashion brand has launched the campaign ‘#BehenKuchBhiPehen’?

43. Tesla last week unveiled a new model. What has it been branded as?

44. Pankaj Kumar has been named the new CEO of which copper manufacturing company?

45. E-commerce companies such as Snapdeal, ShopClues, UrbanClap, Shop101, Flyrobe, Fynd and scores of others have come together to establish a trade association. What is it called?

46. Which company last week launched its MT series of naked bikes with the MT-15?

47. Which superbike maker is set to take on Royal Enfield with its next offering Imperiale?

48. Which mattress brand has launched the campaign ‘Sleep@10’ on World Sleep Day (March 15)?

49. Which packaged food brand has launched a campaign with the tagline ‘Taste the Love’?

50. Which consumer durables brand has roped in Deepika Padukone and Ranveer Singh as brand ambassadors?

51. Who has topped the Forbes richest women list, released recently?

53. Which kitchen appliance and cookware brand has launched the campaign ‘#WomenEverywhere’?

54. The Board of Control for Cricket in India has announced which fantasy sports company as the official partner for the VIVO Indian Premier League (IPL)?

55. Which beverage brand has launched the campaign ‘#FeelTheFizz’?

Please mail your answers before 12 pm next Sunday to rajeevkondapalli@gmail.com with Biz Quizzard 781 as the subject. Answers will be mailed to those who attempt the current edition within the given time.