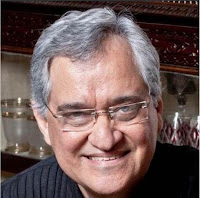 Veteran adman Anvar Alikhan passed away last week after a lung infection. He was 66 and on the verge of retiring from his post as senior VP and strategy consultant at JWT Mindset. He was also a well known business quizzer. May his soul rest in peace.

Presenting the current affairs quiz for the period December 25 - 30. Hope you enjoy it.

1. What percentage of the total population paid income tax in the assessment year (AY) 2015-16, according to data released by the I-T department?

2. Which business group is selling its 120-store cellphone retail chain Hotspot for an undisclosed amount in a private equity-supported management buyout by its executive director, Subhasish Mohanty?

3. Which dish has topped the list of the top five most ordered items of 2017, according to a survey by online food ordering and delivery platform Swiggy?

4. British toy retailer Hamleys opened its largest store in the world on December 23, 2017. Which city?

5. Which brand has rolled out its digital campaign titled “Taste That Grabs You”?

6. Which snack foods company has entered the sweet snacks market with its new brand ‘Rich Feast’?

7. BigBasket has crossed which milestone sales mark in FY17?

8. Which company last week launched its packaged fruit-based mocktails in a ready-to-drink format, claiming it to be the first ever ready-to-drink mocktail in India?

9. Which brand has launched a new watch collection, ‘Loopholes’, which specifically highlights the perforations on the straps?

10. Which city has become the first Indian city to get a logo of its own and get into the league of cities like London and New York?

12. Which company has acquired controlling stake in Avan-Strate, a Japanese manufacturer of LCD glass substrate, with an investment of $158 million?

13. Which brand has launched its first TVC, ‘Let Your Sound be Seen’, in India?

14. Which company has inked a definitive agreement to acquire specified wireless assets of Reliance Communications (RCom) and its affiliates in an all-cash deal?

15. Which MNC has received approval from the Reserve Bank of India to start the first foreign-owned asset reconstruction company (ARC) in India?

18. Which retail aggregator has announced the acquisition of Mystores, a chain of rural branded retail stores, adding offline physical presence to its network?

19. Which Coimbatore-headquartered company has unveiled a new brand identity and logo for the ‘Micro Cotton’ brand of home textile products?

20. Which city will be Indigo’s 50th destination on its route network effective March 2, 2018?

Please mail your answers on or before next Sunday to rajeevkondapalli@gmail.com with Biz Quizzard 718 as the subject. Answers will be mailed to those attempt the current edition within the given time.