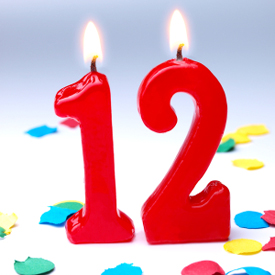 Biz Quizzard completes 12 years with this edition. Would like to thank Murali Duggineni, all Quinkie members and everyone else for being part of this long journey.

Also pleased to inform that Biz Quizzard has been featured the in Limca Book of Records 2016 edition, beating its own previous record by 1 year. This year's edition celebrates the 'Specially-abled'.


Presenting the current affairs quiz for the March 07 - 12. Hope you enjoy it.

1. Mahindra & Mahindra (M&M) is looking to introduce motorcycles from which France-based company in India?

2. Which US-based financial technology company plans to enter India by the end of this month and has partnered with IndusInd Bank?

5. Which tyre company has entered the two-wheeler segment with the launch of the ‘Acti’ series?

6. Which company will acquire three brands of Swedish pharma company Moberg Pharma for Rs. 67 crore, as it looks to strengthen its over the counter (OTC) drug offerings globally?

7. Which mobile payment and commerce platform has tied up with US-based FIS Global for the launch of its payments bank?

8. On the occasion of Women’s Day, which brand launched a digital ad film titled #BreakTheBias?

9. This is a nice ad. Which health drink brand has launched a new commercial "Tayyari Har Exam Ki”?

10. Reebok has roped in which celebrity as brand ambassador for its latest campaign, 'Fit To Fight'?

11. As part of International Women's Day celebrations, which airline is claiming to have created a world record by operating the longest all-women crew flight?

12. Which beverage company has entered into an exclusive tie up with ice cream major Baskin-Robbins to sell its products?

13. Sun Pharmaceutical Industries has appointed which celebrity as the brand ambassador for its best-selling health supplement brand, Revital H?

14. In a first, 150 CISF commandos will be on guard to secure which five-star luxury hotel in Mumbai?

15. The headquarters of which business group has become the first and only heritage building in the country to receive `Platinum Rating' by the Indian Green Building Council (IGBC)?

17. Celebrating the occasion of International Women’s Day, YES BANK last week announced the launch of first three All-Women branches. What have these branches been branded as?

18. What first did 3G mobile broadband usage in the country achieve in 2015, according to a report from Nokia?

19. Which beverage brand from Amul has launched a new ad to position itself as the ultimate 'Desi Refresher'?

20. Mercedes-Benz last week unveiled the Mercedes Maybach S 600 Guard in India. What is the price tag?

21. Which Indian business personality was recently conferred with Chevalier de la Légion d’Honneur (Knight of the Legion of Honour) by the French authorities?

22. Which clothing brand launched the campaign ‘Be Bold. Be Anything’ for Women’s Day?

24. Which company will sell its transmission and distribution (T&D) business outside India to First Reserve International, a US private equity (PE) fund, for an enterprise value of € 115 million?

25. In an industry first, Lenovo will pay for expenses of distribution partners and their sales representatives in the enterprise business via which medium?

27. Which internet payments processor has decided to waive all fees on online payments made to government bodies for the next 18 months?

29. Quikr has launched a service to offer buyers of pre-owned goods an e-commerce like experience by facilitating payments, pickup and delivery. What has it been branded as?

33. Which MNC last week began the sale of its new Clarity Fuel Cell, the world’s first five-passenger sedan-type fuel cell vehicle (FCV) which has zero carbon emissions as it runs on hydrogen?

35. Which country continues to hold its position as the world’s largest importer of weapons and military equipment over the last five years, according to a report?

36. Which brand will be the sponsor for the New Zealand T20 team in the International Cricket Council (ICC) T20 World Cup and their India tour in October this year?

37. Which company will launch the country’s most expensive Indian wine in the next eight months?

38. Which online fashion discovery portal has launched its first-ever marketing campaign ‘The Chosen One’?

39. According to a report last week, which company has become first big browser maker with built-in ad-blocker?

40. Which celebrity has teamed up with fashion retailer Arvind Fashion Brands to launch `True Blue', a premium men's apparel brand?

41. Which French fashion brand has forayed into the Indian market with an exclusive partnership with Le Mill, a concept store that stocks the best of international designer brands?

43. PepsiCo India has announced the national launch of which hydrotonic drink?

44. Flipkart will launch its internal knowledge management engine Flipkart University under which brand in April this year?

45. Which company has introduced Belgium’s Ridley brand of premium bicycle in the Indian market?

Please mail your answers on or before next Sunday to rajeevkondapalli@gmail.com with Biz Quizzard 624 as the subject.