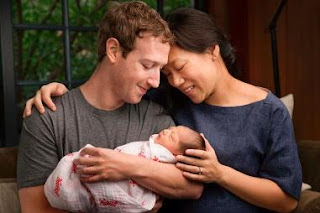 This is not something i usually do. While there is some cynicism and criticism (on valid grounds too) about the announcement made last week, i feel it still needs to be applauded. And for those who have no idea what this is about, Biz Quizzard answers that question through, what else, another question (Q. No. 30).

Presenting the current affairs quiz for the week November 30 - December 05. Hope you enjoy it.

1. Which MNC is reportedly working on launching its global milk-based beverage brand Vio in India, without any carbonation?

2. Who has teamed up with childhood friend and Wharton mate Sumeet Nindrajog to promote Paragon Partners, a private equity firm that will provide growth capital for mid- market deals?

3. Which telecom company has launched a campaign called 'See You Online Ba!'?

5. Which company has acquired Papyrus Editor, an online editor to create e-books?

6. Which dairy firm has started selling its products, including milk and curd among others, under its own name? (hint: the brand is very well known in India in another dairy segment)

7. Which MNC has signed a definitive agreement to acquire polypropylene compounding assets of Pune-based Zylog Plastalloys as it intends to expand its India operations?

8. Which luxury watch brand is shutting its India office, deciding to leverage its existing partnership with a local agent?

9. Which company last week announced that it will invest Rs 60,000 crore over the next three-years under a programme called Project Leap?

10. Which town is claiming to be the country's first fully Wi-Fi township?

11. Girnar Soft, the parent company of CarDekho[dot]com, has invested $1 million in an education start-up, which connects students to colleges and help them make career choices. What is it called?

12. Which iconic automobile brand has launched a new film with the positioning ‘Think Fun. Think New’ to create excitement leading up to the launch of the new version in India?

13. Which travel and leisure company has, through its Holidaybreak PLC subsidiary, sold 100% of Explore Worldwide for £25.8 million (Rs 258 crore) to Hotelplan UK Group?

14. Which company has acquired Get Me A Shop, which helps small businesses set up online store fronts, for an undisclosed amount?

15. Which company has forged an exclusive distribution partnership with premium Italian tyre maker, Pirelli, to be the sole distributor of its complete range of motorcycle tyres in India?

16. Prashant Purker has been elevated as MD & CEO of which private equity firm?

17. Which Malaysian kidswear brand has entered India in collaboration with Ajanta International?

18. Which managed marketplace has rolled out a television commercial to highlight the incredible propositions offered on its Sunday Flea Market?

19. Broadcast network TV18 and which international news brand have announced the extension of their collaboration on their news channel?

20. The Indian advertisement for which brand has been named as one of the 20 best ads of the 21st century in a public poll conducted by the Gunn Report, the global index of creative excellence in advertising?

21. Which company has agreed to acquire German IT consulting and software services firm cellent AG from Landesbank Baden-Wuerttemberg for 73.5 million euro (Rs`520 crore)?

22. Which company, in association with MasterCard Worldwide, is launching `One Currency' card, a prepaid card that promises to allay currency conversion woes during multi-country travel?

23. Which financial giant has inked a deal with Tata Group to be its strategic banking partner?

24. Cafe Coffee Day (CCD) has partnered with which food delivery start-up to foray into the home delivery segment?

25. In a first of its kind offering in the two-wheeler market, which company is offering replacement bikes at its service centers?

26. Which online furniture retailer has launched a new campaign titled ‘Your Furniture Knows’?

27. Uber, the online taxi hailing application, has announced the launch of which specialised service in India on December 3, which is commemorated as World Disability Day?

29. Which ayurveda company is making a FMCG foray, with a cosmetics and wellness range under the ‘Mantra’ brand?

30. What did Mark Zuckerberg and wife Dr. Priscilla Chan announce last week to celebrate the birth of their daughter Max (Maxima Chan Zuckerberg)?

31. Which company has acquired realtycompass, a real-estate analytics platform?

32. Global luxury firm Maison Montblanc is re-entering India in a tie-up with which company?

33. Pernod Ricard has crossed which milestone annual sales mark in India for the year ended March 2015?

36. Which company has announced a tie-up with Didi Kuaidi, Lyft and GrabTaxi for a global ride-share partnership between the four companies?

37. Which sports property has unveiled its campaign ‘Khel Fauladi’?

38. Which media company has forayed into the online wedding market space with Special Occasion Limited?

39. Which two-wheeler brand has launched a new campaign with the theme ‘Yaarana Meelon ka’?

40. Terming it a first-of-its-kind service in the world, which company is offering its customers prepaid mobile recharge service through a missed call?

Please mail your answers on or before next Sunday to rajeevkondapalli@gmail.com with Biz Quizzard 601 as the subject.