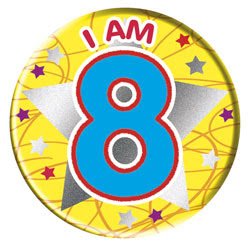 In a week that saw the Master Blaster achieve the much awaited milestone, pleased to share two milestones for Biz Quizzard. The quiz completes 8 years with this edition, without missing a single week till date. Biz Quizzard has also been featured in the Limca Book of Records 2012 edition as the longest running online business quiz in India. The achievement is a further addition to the record already made last year in the 2011 edition. Thanking you all, especially Murali Duggineni and Quinkie members, for being part of this journey.

The 23rd edition of the Limca Book of Records was launched last month at a special event by Pandit Ravi Shankar, legendary sitar maestro, along with Ahmet C Bozer, President, Eurasia and Africa Group,the Coca-Cola Company, Atul Singh, President & CEO, Coca-Cola India and South West Asia, and Vijaya Ghose, Editor, Limca Book of Records. With 20 refreshing and informative chapters, the 2012 edition of the record book celebrates over 10,000 remarkable achievements out of which 6,000 are new records, all showcasing extraordinary feats of Indians across the globe. The ‘Music Special' edition catalogues a special music section acknowledging the extraordinary achievements of 10 Indian musicians as ‘People of the Year.’

Presenting the current affairs quiz for the week March 12 - 17. Hope you enjoy it.

1. Which well known chief executive is reportedly planning to pen a memoir, the working title of which is ‘V to W’, i.e. from Village to World?

2. Which Indian company is foraying into a luxury line that is exclusively styled by Milanese designer Alberto Ciaschini?

3. Which MNC has decided to exit mobile money business, two years after it launched the service in India?

4. Which wealth management firm has been named as the 'Best Private Bank in India' in Euromoney's Private Banking and Wealth Management Poll – 2012?

5. Anant Goenka will take over as the new MD of which company?

6. Which Indian entity has agreed in principle to acquire a majority stake in Brazilian iron-ore firm Amplus, with one of the world’s largest ore reserves?

7. Which company has launched the country’s first CDMA tablet?

8. After the famous Rasna girls, it is now Rasna boys. Which celebrity has been signed on to endorse Rasna's new Fruit Plus along with a young Rasna boy?

9. Which company, through its unit, has made an entry into the housing finance business with an agreement to acquire Indo-Pacific Housing Finance Ltd, a small-sized housing finance company which was formerly known as AIG Home Finance?

10. In a landmark judgment, which company has been granted India's first compulsory licence for Bayer's cancer drug?

11. An airport in Karaikal, an enclave of Puducherry, is likely to become operational in around 2 years. What is its claim to fame?

12. Which mutual fund has filed an offer document with SEBI to launch the first infrastructure debt fund in India?

13. Which MNC has acquired Posterous, a blogging platform known for its slick digital media-sharing interface?

14. PepsiCo is rolling out a new version of its flagship cola brand in the US later this month in an effort to court drinkers who have given up on cola. What will it be branded as?

15. Which company last week synchronized the fifth unit of its power plant, taking its total generating capacity to 4,620MW, making it the world’s largest single-location coal-fired plant in the private sector?

17. In yet another sign of the growing dominance of the digital publishing market, which well known publication still in print is moving solely into the digital age?

18. Which MNC last week said it would buy network and data security products maker SonicWall from an investor group?

19. Which MNC has emerged as the number one desktop seller in India during 2011?

20. Which two companies are the only Indian entities that have been named among the world's most ethical companies by an American think tank?

21. Which MNC has reportedly apologized for naming one of its sneaker brands Black and Tan?

22. Which company has partnered with Proline to launch a range of coffee themed T-shirts?

23. Multi Screen Media (formerly Sony Entertainment Television) has unveiled the name of its soon-to-be launched sports channel. What has it been branded as?

24. Parle Agro has signed on which celebrity to star in the new television campaign for its aerated apple drink Appy Fizz?

25. Which cosmetic and beauty product giant is celebrating the 40th anniversary of its tagline, though the current brand line does not quite exist in its original avatar?

Please mail your answers on or before next Sunday to rajeevkondapalli@gmail.com with Biz Quizzard 416 as the subject.

p.s. answers are mailed to only those who attempt the quiz within the given time.
Posted by Rajeev Kondapalli at 8:24 PM