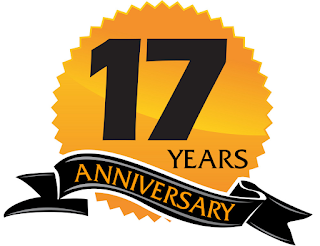 Exactly 17 years ago, the first edition of Biz Quizzard was posted on Quinkie (i had compiled it and Murali Duggineni had posted it on my behalf). Never imagined it would run so long. Thanking each and every person who has been associated with Biz Quizzard for being part of this journey.
Presenting the current affairs quiz for the period March 15 - 20. Hope you enjoy it.
1. Which company will acquire a 70% stake in Dublin-based Perigord Asset Holdings for €21 million (Rs 182 crore)?

3. Which automobile company launched the campaign ‘#NotJustForaDay’ for Women’s Day?

4. Which Bengaluru-based skill-based, real-money gaming startup that has been flying under the radar for the past two years, was formally launched on March 14?

5. Which generic drugmaker plans to launch its first green label Pheromone product for management of Pink Bollworm in cotton crop during Kharif season this year?

6. Which sports property has launched the campaign ‘#IndiaKaApnaMantra’?

8. Which brand has launched what is claims is a ‘Made for India’ innovation, bringing plain oats with two different flavours - Homestyle Masala and Tangy Tomato – in one pack?

9. Which skincare brand has roped in actress Kajal Aggarwal as brand ambassador?

10. Which business personality has acquired a stake in the publicly-listed Pritish Nandy Communications, widening his portfolio of investments?

11. Which dating app has collaborated with actress and screen writer Sainee Raj to talk about dating stereotypes we still follow in 2021?

14. Which life insurance company has launched a campaign for its ‘Guaranteed Income Pro’ product?

15. Which business process management firm will indirectly acquire 26% in IT services firm CSS Corp for $30 million and have the option to take a controlling stake later?

16. Which company has rolled out Apterra Cross tyres for the compact SUV (CSUV) segment?

17. Which luxury carmaker has launched its new luxury SUV Bentayga in India, the first vehicle launched under its new Beyond100 business strategy aimed at sustainable luxury mobility?

18. Which personal care brand has rolled out a new digital campaign ‘Choice is Yours’ with actor Yami Gautam?

21. Viacom18 Media is all set to launch a Hindi movies channel on April 1. What has it been branded as?

22. Which packaged drinking water brand has launched a television commercial with the positioning ‘Taste the Success’, featuring actor Sonu Sood?

24. Which paint brand has launched the campaign with the theme of ‘budget wala paint’?

25. Which salt brand is invoking the influence of the father of the nation with an AR driven campaign, to rally the nation in a fight for freedom from Covid 19?

26. Which company has introduced Brivasure, an affordable drug for the treatment of epilepsy, in India?

27. NeoGrowth Credit Pvt. Ltd, a lender to small businesses, has roped in which cricketer as its brand ambassador?

29. Which neobank for salaried millennials has rolled out a consumer awareness campaign called ‘Chief Broke Officer’ on LinkedIn?

30. In a landmark move for its India operations, which OTT platform has announced its association with the upcoming Hindi movie Ram Setu as a co-producer?

31. Which edtech company for higher and professional education has launched its new logo which represents its core philosophy of ‘guided growth’ for its learners?

32. Which UK-based group's India unit on last week announced the acquisition of a majority stake in online food-tech startup SmartQ that provides services in the digital cafeteria segment?

33. Which company last week unveiled its new range of ‘Mass Premium’ split air conditioners which are 10% cheaper than the earlier models?

35. Which company is promoting its range of powerful air coolers in the latest ad campaign revolving around the thought of ‘Summer Lage Winter Jaise’, featuring brand ambassador Virat Kohli?

36. Which downloadable streaming platform (DSP) last week launched Loud & Clear, a website that aims for transparency and data about the streaming economy?

37. Which streaming platform has launched a five-film campaign in India to promote its podcast offerings?

39. Which IT services firm has announced the appointment of Kunal Nagarkatti as CEO, effective April 1, 2021?

40. Which ecommerce major has rolled out a digital campaign ‘Pledge To Reuse’ that encourages customers to collectively engage in reducing packaging waste?

42. Which nutrition, health and sustainable living company has launched a digital-led campaign ‘Boost your ImmuniD’ in India?

44. Which life insurance company has released a digital campaign ‘Promotion After Retirement’ fuelling the dreams of people pursuing retirement?

45. Which fashion brand, along with its franchise partner, Myntra, has roped in actor Vaani Kapoor, as its first brand ambassador in the country?

49. Which footwear brand has launched a new TVC for the launch of its ‘Relaxed Workwear’ collection?

50. Which company last week said that its CEO-designate Marc Llistosella will not be taking up the job?

52. Which sleep solutions brand from the house of Nilkamal has launched a campaign to commemorate World Sleep Day?

53. Which hair care brand has launched its new campaign with actor Kiara Advani?

54. Which pop culture brand has launched a video campaign with actor Jim Sarbh to introduce its new Supima Cotton collection?

55. Tata Motors has forayed into the compact ambulance segment by unveiling a patient-transport ambulance in the economy category. What has it been branded as?

Please mail your answers before 12 noon next Sunday to rajeevkondapalli@gmail.com with Biz Quizzard 886 as the subject. Answers will be mailed to those who attempt the current edition within the given time.
Happy learning!
rajeev kondapalli
Posted by Rajeev Kondapalli at 11:45 AM